On a wing and a prayer to the land of the snow leopard. Buckle your seatbelts.

Finally, it was time to head into the field. Several days of playing musical-chairs-cum-twiddle-my-thumbs-cum-sit-on-my-behind round various Government offices had paid off. On Monday afternoon I got my research permit. Happy days. 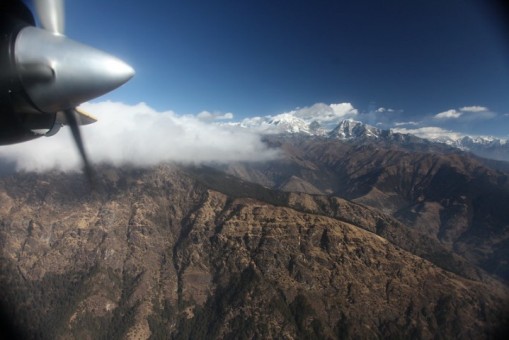 The next morning I flew to Lukla, the gateway to the Everest region. Its Tenzing-Hilary airport, named after the first two climbers to summit the world’s highest mountain, is literally squeezed onto the side of a mountain. Because of its location, frequent bad weather and a difficult approach it has been rated the world’s most dangerous airport. There have been numerous accidents since it was built in 1973, including a helicopter crash in Autumn 2013. 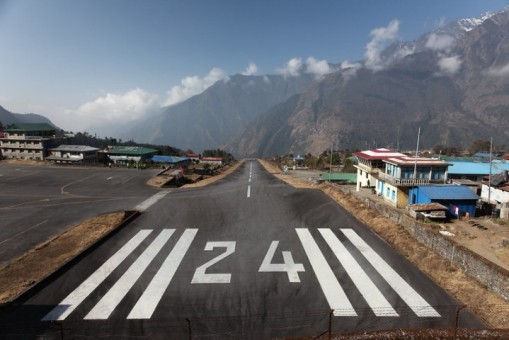 Aware of these facts, I made sure I had a giant breakfast on the morning of the flight. If I was going to die at least it would be on a full stomach! But the pilots who fly the tiny planes onto this airstrip, and many others like it in rural Nepal, are incredibly skilled. They have to be. In the Himalayas ‘the clouds have rocks in them’, as one pilot remarked. Besides a few stomach-churning jolts, however, the flight went smoothly. Then it was straight to Lukla’s Irish pub to steady my nerves and replenish my courage, albeit with a shot of caffeine. 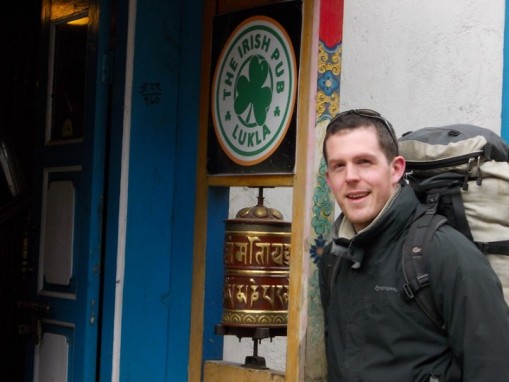 The day of trekking ahead of me turned out to be the most difficult I have ever done. Not only was I trying to fit two days of walking into one to make up for lost time in the field, but I was also carrying a rucksack of 24 kilos, a personal record. And while the distance from Lukla to Namche Bazaar – where the rest of the team were already hard at work – was only 15 kilometres, the continuous descent and ascents into and out of river valleys made it seem like many more. 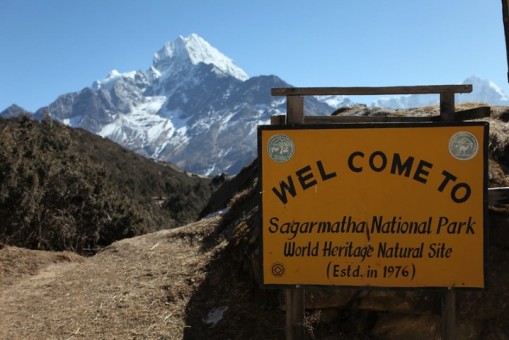 It started off easily enough, though. The world comes to this corner of Nepal to trek to the base off its most famous mountain. Along the way I journeyed with people from all over the globe, including Nepal. A dairy farmer from Quebec, Canada, swopped stories with me about a subject close to both our hearts – cattle! Trains of mules and yaks went past carrying stuff up the valley, or returning down it for more. And Nepali families, including with young children, walked along as well, returning to the area for the start of the tourist season and making it all look easy. 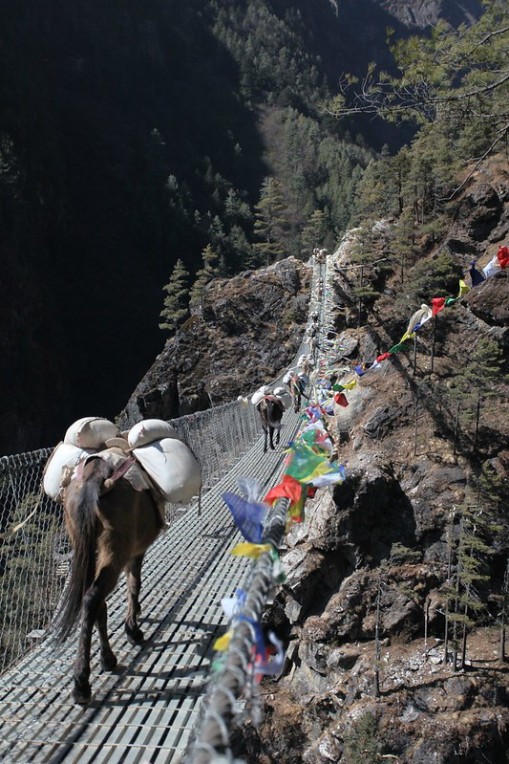 As I retraced the route that the rest of the team had taken only a few days before, the route got progressively more difficult. The last three hours, on a steep ascent from the main river valley, were a killer. A combination of altitude and payload really took its toll. But eight hours after leaving Lukla (2,800m) I staggered into Namche Bazaar (3,400m) as dusk fell. Shortly before, I caught a glimpse of a magnificent Impeyan pheasant, the national bird of Nepal. I had arrived in the land of the snow leopard. 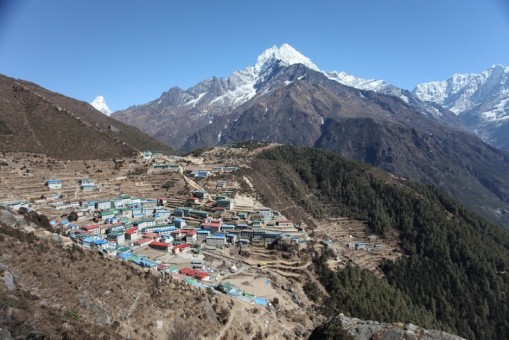 These mountains, all mountains, humble the human spirit. We can visit them, walk in them, even stand on their summits but it is they, ultimately, that conquer us.